Language is very important for communication, it works like a tool. According to a google search, there are 7117 languages that exist in the world. But all these languages are used by humans only and in this digital world, only humans are not interested in communicating with each other only, since the development of machines. And the start of the digital world is because of computer invention. Today we all can work with the computer very efficiently.

But in the beginning, the computer was vast and very fast as today, because it was not able to process our language so it landed to miscommunication. This is time when Natural language processing comes into the picture.

The basic concept of  NLP:-

If we want to describe this in one line then,’ Natural Language Processing is a communication tool between humans and computers’.  The computer understands everything in 0’s and 1’s, but for us, it’s not like that. We can describe one term in many ways and in different languages.

There are 3 different parts of NLP that we need to know.

We can say text processing is the start of natural language processing. In this when we write any language like English it gets converted into computer languages. A very popular example is chatbots.  In chatbot, we can communicate with other people in our preferred language but it processes with NLP. And if you add machine learning and artificial intelligence in this then we get automatically replied, which we see for a lot of customer support.

The name itself says that its speech processing system, which is most popular now with our all-in-one friend Alexa.  In this whenever we say something it is understandable by devices. It works well even though we have different languages. It is also very useful if you don’t know some languages but want to understand the message.

When we refer to the term communication, we always mean two-way communication. So by speech recognition, we can say our words, but what about reply?. Here the third part of NLP comes.

Speech synthesis is getting replies from devices in speech form. The best example of this is when our google assistance sings a song for you. Here our communication completes.

Time series analysis is a technique, where data is collected with different time intervals and analyzed according to different time intervals. This is very useful when we want an analysis of any product for past time history, which leads to understanding the fluctuation of product performance so future performance can be predicted. we will see the past of NLP with time.

Even NLP is popular nowadays, it has roots in the 1950s.  Mr. Alan Turing who was a mathematician introduced NLP in 1950 with an article titled ‘Computing machinery and intelligence’. After that in 1954, The Georgetown experiment succeeded in auto-translation of sixty Russian sentences into English. In the 1960s, NLP progressed noticeably with SHRDLU which allowed user interaction using English words. This was in a very limited manner. In the 1970s many programmers started working on NP, which is considered as the turning point of NPL growth and the first chatbots written. The 1980s and 1990s were a growing phase for NPL. Till 2010, NLP was very developed with representation learning and deep neural network-style machine learning methods.

Now we all use artificial intelligence devices from morning alarms in smartphones to automatic door locks. NLP  plays a very important role in today’s internet world with speech analysis and speech synthesis. It just changed the world’s way of living. It also helped in increasing the level of cybersecurity with speech locks. 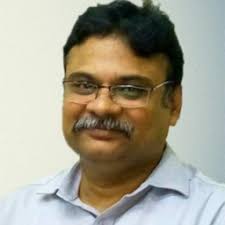 ITIL Expert certified APMG, PEOPLECERT and EXIN Accredited Trainer for all modules of ITIL till Expert Trained over 3000+ professionals across the globe Currently authoring a book on ITIL "ITIL MADE EASY".