I just finished an installation of SQL Server 2008 Express and SQL Server 2008 Management Studio Express, and I had a few laps for a couple of points of the system that are not too intuitive. With this entry I hope to facilitate the job who is in the same situation later.

Installing SQL Server Express will not comment because I came up no problem worthy of note, and is well explained in many other places. I connect the Microsoft download page where the installation packages of SQL Server 2008 Express.

After installing the BD, download the installation package of SQL Server 2008 Management Studio Express, also available at the Microsoft website.

When you run the installer, I warned that I had to update my version of SQL Server just installed the SP1. I did too, but then I read on a blog that was not necessary, you can skip the ad. As I do not know if really needed or not, this is the link to download Microsoft SQL Server 2008 Express Edition Service Pack 1 . If anyone try installing Management Studio without this update, to tell us what happens and we doubt.

Total, that after the SP1 update to rerun the setup wizard in Management Studio and then choose the Setup Type option New Installation of SQL Server or add features to an existing instance we reach the point that has really motivated this post, and that made me lose more time. In the next step, the options that appear are: 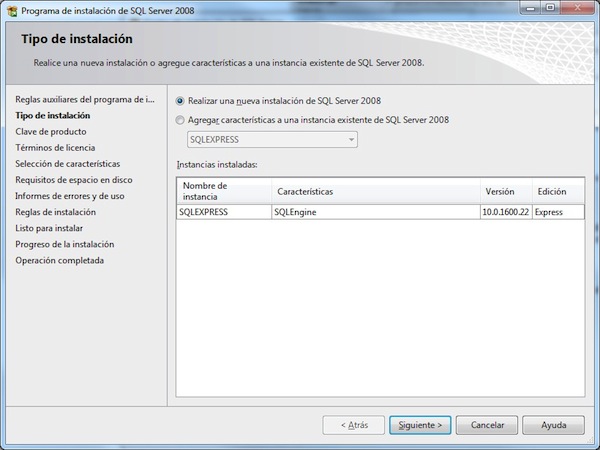 Which option you have to choose? I guess I would normally choose the second, which is what I did again and again ..

No, you should select the first option 'Make a new installation of SQL Server 2008'.

Once done, the next screen and you can select the check of "Management Tools - Basic", and the installation ends without major problems (at least in my case) 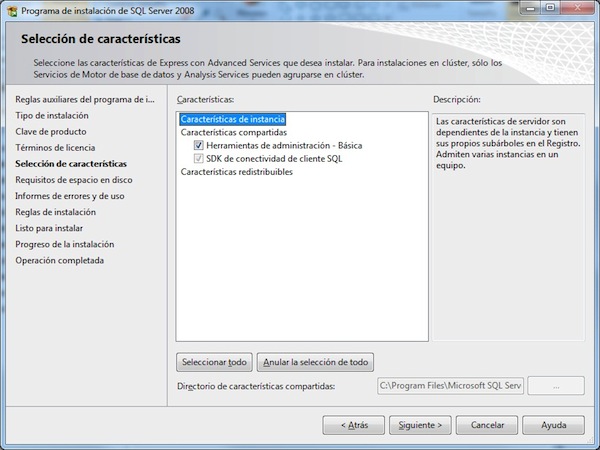 I suppose at some point Microsoft will change the message of the installer, or the option to be selected, who learns that you discuss it to warn when the problem has been corrected and that no one is going to roll ..